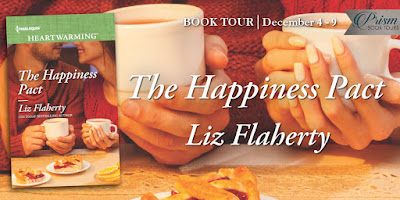 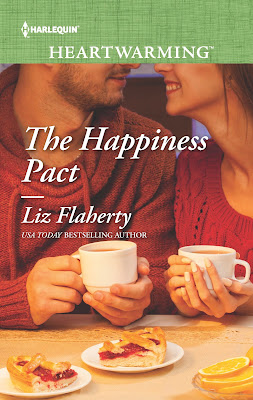 The fine line between BFF and happily-ever-after…

Tucker Llewellyn and Libby Worth—strictly platonic!—realize they’re each at a crossroads. Tucker is successful, but he wants a wife and kids: the whole package. Libby knows that small-town life has her set in her ways; the tearoom owner needs to get out more.

So they form a pact: Libby will play matchmaker and Tucker will lead her on the adventure she desperately needs. But the electricity Libby feels when they shake on it should be a warning sign. Soon the matchmaking mishaps pile up, and a personal crisis tests Libby’s limits. Will Tucker be there for her as a best friend…or something more?

CHAPTER ONE, Part 5
“What if this woman you care about has a career? What then?”
He put an arm around her shoulders and spoke patiently, just as though she were a small and not-too-bright child. “I do believe two-career families flourish all over the world, even on the shores of Lake Miniagua, Indiana.”
“What if she doesn’t want kids?” What if this woman he cared about was like Libby? She wasn’t going to think about that. Not on her birthday. Or his. For this day, her secret would just stay in the dark place she kept it.
He hesitated, and she sensed his withdrawal. It was as if a cold breeze shot between them, leaving gooseflesh on her arm.
When he spoke, his voice was stiff, as chilly as the air outside the windows that looked out over the six hundred frozen acres of Lake Miniagua. “I don’t know. I don’t have all the answers. You asked me what my wish was, and that was it.”
He had been her friend her whole life. When no one asked her to dance in the seventh grade, he had—and he’d seen to it his friends followed suit. When she’d had her appendix removed during freshman year, he’d brought her homework and helped her do it. Her mother died when she was fifteen, and he’d supported her through all the stages of grief—over and over again—until she could bear it. Her father’s suicide a few years later had thrown her right back into the maelstrom of mourning, and Tucker had been there for her again even though life had dealt him some hurts of his own.
He’d bought her the telescope that time. “See the stars?” he’d said. “They’re still there. Wish on them if you want, but they’re their own reward. No matter what happens, the stars will guide you to a safe place. You’ll be able to see Venus up close and talk to her whenever you like.” He’d never laughed at her assertion that Venus was indeed her guardian planet—and feminine in the bargain.
Seventeen years later, most of which he’d lived in Tennessee, she still wished on stars, talked to Venus and counted on Tucker to be there if she needed him. The least she could do was try to make this one wish come true for him.
“I’ll help.” She nodded and smiled thanks at Mollie when the bartender topped off their cups. “I’ll introduce you to women. I know you better than most anyone, and I see people every day. What are your specs?”
“My what?” The coolness was gone, but now he looked befuddled.
“You know, specifications. Blonde? Brunette? How old?”
He shrugged, and she knew the I-don’t-care gesture was legitimate. While Tucker had dated a lot of beautiful women, he’d dated even more who weren’t.
“You know me as well as I know myself,” he said. “If you want to play matchmaker, I’ll go along for...oh, say six months. Provided.”
She raised an eyebrow. “Provided?”
“Provided we use the same six months for me to grant your wish. You introduce me to prospective wives and mothers to my children and I’ll introduce you to adventure. What do you say?”
She arrowed a look at him. “I say you had one too many of those hot chocolates.” 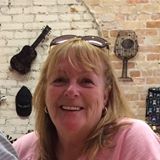 Liz Flaherty was a little nervous about retiring from her day job, but making quilts, more family time, traveling at the mere mention of “why don’t we go...” and becoming a Harlequin Heartwarming author have made the past years more fun and exciting than she could ever have imagined. 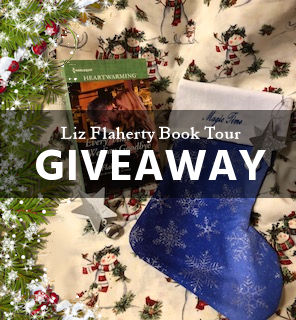