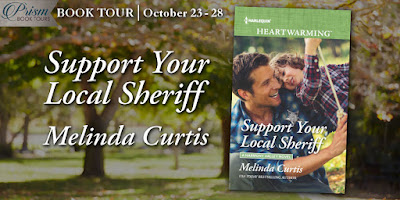 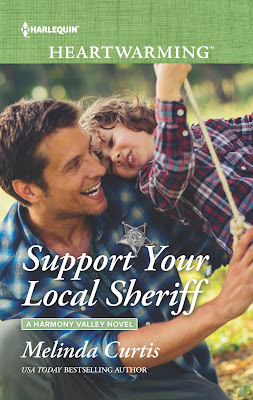 Will he pass the daddy test?

With his job in jeopardy, it couldn't be a worse time for Sheriff Nate Landry's recent past to come back to haunt him. But it would take an army to stop SWAT team leader Julie Smith. The fellow cop—and sister of his ex-fiancée—wants one thing from the beleaguered lawman: custody of the toddler son that Nate didn't know he had.

He may not be natural daddy material, but he quickly takes a shine to little Duke. And then there are the feelings Nate's been hiding for years. Only now Julie's running for sheriff of Harmony Valley—against him. Time to retreat? Not if he wants a future with the woman he loves.

“Flynn,” Nate said. “This is Julie, my…”
And there it was. That awkwardness Julie had been waiting years for.
She pounced. “I’m the sister of Nate’s ex-fiancée.”
Flynn slid a questioning look Nate’s way.
Her moment had arrived. Julie stood, scooping Duke to her hip with her left arm. “Didn’t Nate tell you he was engaged? He left my sister at the altar.” That wasn’t all he’d left, but Julie didn’t want to waste all her ammunition on the first volley.
Flynn didn’t look as shocked as she’d hoped. She blamed Nate. He inspired loyalty wherever he went. Even after being dumped, April had forbidden Julie to confront him. But that ban had been lifted. It was open season on the sheriff.
Duke toppled forward, letting his full weight drop between Julie and Nate, unexpectedly shifting Julie’s center of gravity. She slurped in air like it came through a clogged milkshake straw. The stitches beneath her right collarbone pulled sharply, tugging at nerves that quivered up and down her neck and shoulder.
Mom was right. The doctor was right. It was too soon.
And too late to back out now.
Julie drew on years of resentment, drew Duke back and drew down her chin against the pain. She was here for justice. She was here to make Nate suffer. Surely that wouldn’t take long.
Nate hadn’t been shamed by her announcement that he’d backed out of a wedding. He didn’t scowl or frown. He didn’t put his hands on his hips and try to stare her down. She’d forgotten he was a man of few words.
Julie was itching for words. Fighting words. “My sister April defeated cancer and the idea that it might return gave Nate cold feet.” She glared at Nate, daring him to contradict her.
“Not exactly,” Nate said in a gruff voice, not riled enough to fully engage in battle.
“What a pleasure to see a new babe in our neck of the woods.” It was the miniature old lady from the town council, the one with the relaxed pixie-cut silver hair. She bestowed Duke and Julie with a friendly smile, and then gave Nate the kind of smile grandmothers bestowed on favored grandkids before turning to Flynn. “Can the council borrow you for an assignment?”
Flynn accepted the job and edged past Nate, who was staring at the ceiling as if searching for divine intervention.
Julie hoped April wasn’t smiling down on him. Her younger sister had always been the forgiving type.

This is Nate and Julie’s first meeting since Nate left her sister at the altar. She was always protective of her little sister, who demanded Julie (a SWAT team member, by the way) never confront Nate after he dumped her. But now, all bets are off and Julie will do anything to make Nate’s life as uncomfortable as she can. At least, until she remembers Nate used to be her best friend.

Melinda Curtis is an award-winning USA Today bestseller. She writes sweet romance for Harlequin Heartwarming, sweet romantic comedies and sexy traditional contemporary romances. Her latest release, Support Your Local Sheriff, is an ode to the quiet heroic sheriffs her mother made her watch with her on Sundays when there was nothing else on TV. 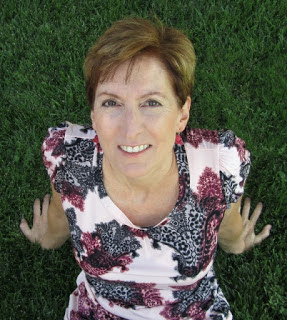 Melinda loves writing romances about women who don't realize how strong they are until a hero comes along to show them, while simultaneously capturing the wry humorous power struggle of falling in love (because, really, who lets the man have the last word?).

- 1 winner will receive autographed copies of Time for Love, A Memory Away, A Man of Influence, and Marrying the Single Dad
- US Only. International will receive ecopies.