*~Book Tour: Christmas in the Cove~* 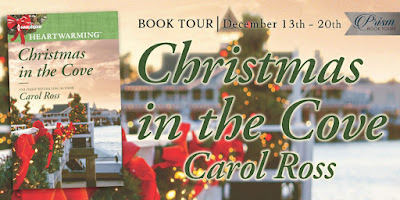 Nobody is going to hurt her—not on his watch

A DEA stealth mission has brought coast guard Lt. Commander Eli Pelletier home. But when he ends up aiding rescue swimmer Aubrey Wynn during her own harrowing mission, powerful emotions reignite between them. Except Aubrey doesn't want Eli's protection. She wants answers.

Twelve years ago, Eli broke up with Aubrey without telling her the real reason he was leaving Pacific Cove. How can he try for a second chance if he's forced to deceive her again? Amid suspected drug trafficking and a sabotaged Christmas contest, Eli must find a way to regain Aubrey's trust without compromising his career or endangering the woman he loves.


“Aubrey, calm down.”
“What makes you think I’m not calm?” she asked much too calmly.
He swallowed nervously.
Good, she thought. He should be nervous.
He lifted his hands, palms down, fingers spread. “Yes. I left you—stupidly—I see that now. But at the time, I knew we couldn’t stay together. I wouldn’t have been able to keep this information from you. Think about it. We were so close. You were like a part of me. At the same time, I knew I couldn’t ruin your life—your family. I could not do that to you.
“Instead of being angry with your mom and my dad, I channeled all of that toward your dad. All I could think about was that he was destroying my dad’s career. His life. My life. But the worst part of it all was having to break up with you. It was like tearing my own heart out. That’s why I didn’t keep in touch. I couldn’t talk to you, and laugh with you, and see you, and not...have you be mine.”
She melted a little at those words and at the way he was staring at her, every inch of him seeming to plead for understanding. He looked incredibly frustrated and just...sad. And he was right; they had been close, so very close. She had no choice but to concede part of what he was saying.
They began speaking at the same time.
“I can see how you’d think that. And I...”
“Aubrey, I’m so, so sor-ry... R-r-really?”
His eager gaze latched onto hers, asking a question she was only too happy to answer.
“Don’t get too excited. I’m still angry. You’re right, it would have hurt me. It might have destroyed my family, and probably hurt your dad even worse than he was already hurting. Back then, I never would have been able to keep this information to myself.” She was good at keeping secrets, but not this one. This wasn’t a matter of keeping someone’s confidence. This was information that affected a lot of people.
Suddenly chilled, she sidestepped to stand in front of the tiny wood stove that heated her house. “You still should have told me. You can’t control what I get to know, Eli, in order to protect me. Just like you can’t protect me from every physical danger that comes along.”
He came forward and stood before her. “Aubrey...”
The way he whispered her name caused a sharp pang to shoot through her. For some annoying reason, hot tears began to roll down her cheeks. She dipped her head into her sleeve to mop them up.
He took her hand and led her to the sofa. He sat and urged her down next to him. She complied and he immediately cradled her against his chest.
Aubrey let the enormity of the situation—of his admission, of her mom’s disclosure, of their discussion and the details of their breakup—sink into her.
“You’re right. I was an idiot,” he said. “I can see that so clearly now. We would have found a way to work it out. We shouldn’t have had to suffer for their sins, whatever or however severe they might have been.”
“Wow,” Aubrey finally said. “What a mess.”
Eli blew out a long sigh. “Yep.”
“What are we going to do?”
“I have absolutely no idea.”
“There is one thing I do know, though.”
“What’s that?”
She sat up and looked him square in the face. “In order for us to have a chance of making this—whatever this is—and I don’t care if it’s just friendship... But in order to make something work with us, you can’t do this anymore. No more deciding what I get to know. And no more thinking that you need to protect me, okay? I am perfectly capable of taking care of myself. Do you think you can remember that, knight?”
He bent his head and brushed a soft kiss across her lips. “I will try, mermaid. I will try.”
And then he kissed her again. 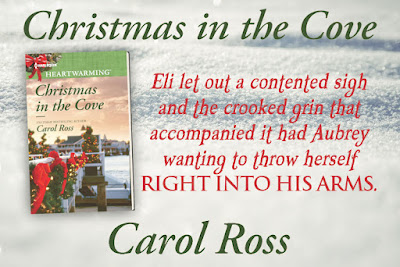 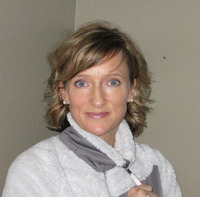 Carol Ross lives with her husband and one loveable miscreant of a dachshund in a small town in Washington close to both the ocean and the mountains. She adores the Pacific Northwest because it provides her with endless opportunities for the activities she loves—hiking, running, skiing, and spending time outdoors. Although she enjoys reading in many genres, she writes what she loves the most—romance, especially light-hearted stories about the fun, flirty, and often-tumultuous path toward a happily ever after.

Other Books by the Author

- 1 winner will receive a $50 Amazon eGift Card and a copy of Christmas in the Cove (signed copy if US, ebook if international)
- Ends December 24th