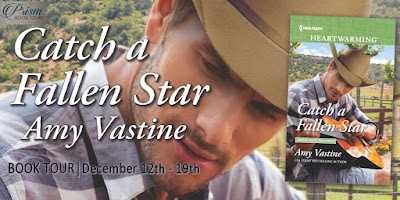 He's got to save his career—and himself

Hitting rock bottom has landed country star Boone Williams in the middle of his worst nightmare: a recording studio on a horse therapy farm hours away from Nashville. He has no interest in dealing with his problems or writing a new album. And he's definitely not interested in the gorgeous, feisty mom of one of Helping Hooves's young clients. She doesn't even know who he is! But his record label is one tabloid story from cutting him loose, and Boone can't seem to turn around without bumping into Ruby and her daughter, Violet. Clearly, Boone's not going to get what he wants. Could Ruby be just what he needs?

“We have a celebrity in town. A megastar.”
“What kind of celebrity? A movie star?”
“Not someone from Hollywood. Someone from Nashville.”
Ruby’s interest diminished significantly with that revelation. Country music wasn’t her thing. Never had been, even though Levi loved it. She was more of a progressive rock kind of girl.
“Nashville stars are not mega.”
“Oh, I know a whole lot of people who would disagree. Boone Williams is easily one of the biggest names in country music. He’s right up there with the likes of Johnny Cash and Willie Nelson.”
Boone Williams. Ruby knew the name. She’d have to live under a rock to not have heard of him. He’d been married to some other country singer and made a mess of his life a few years back. Ruby couldn’t picture him, though. A quick Google search would remedy that.
As she typed his name into her phone, Holly added, “In fact, he’s staying over at the Stratton farm. You have a decent shot of laying eyes on him when you’re there with Violet.”

Oh, Ruby had laid eyes on him. In the images on her screen, he resembled more of a rugged cowboy than the average Joe he’d seemed to be in the barn. Not that he was average-looking by any means. His piercing blue eyes had caught her attention, as had his rock-hard chest. Of course, then he had opened his mouth. 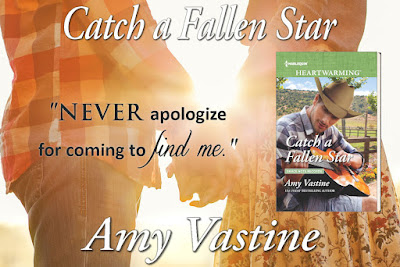 The past will always be between them

He swore he'd never return home. Then a flat tire lands Dean Presley back in Grass Lake, Tennessee, and he's forced to confront the woman he left behind. Faith Stratton was once the love of his life. Now her gifted brother could be the rising Nashville star Dean needs for his struggling music label. But it means taking Sawyer away from the horse therapy farm that Faith's so proud of. That won't be easy, especially since those old feelings that started all the trouble… Well, let's just say he can't go back there, because he doesn't want to relive the memories of the terrible accident that drove them apart. 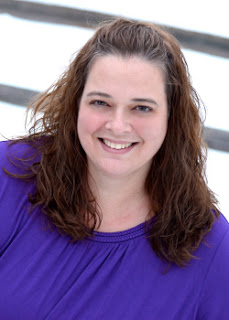 Amy Vastine has been plotting stories in her head for as long as she can remember. An eternal optimist, she studied social work, hoping to teach others how to find their silver lining. Now, she enjoys creating happily ever afters for all to read. Amy lives outside Chicago with her high school sweetheart-turned-husband, three fun-loving children, and their sweet but mischievous puppy dog. 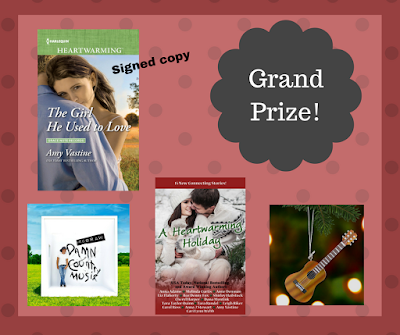 - 1 winner will win a grand prize of The Girl He Used to Love, A Heartwarming Holiday anthology, winner’s choice of CD or MP3 of Tim McGraw’s album Damn Country Music, and a guitar Christmas ornament (US only)
- 5 winners will win an ebook of A Heartwarming Holiday anthology and a 20% off coupon for a Heartwarming novel of their choice from Harlequin.com (open internationally)
- 5 winners will win The Girl He Used to Love (paperbacks US, ebook international)
- Ends December 23rd