*~Book Tour: The Order of the Eternal Sun~* 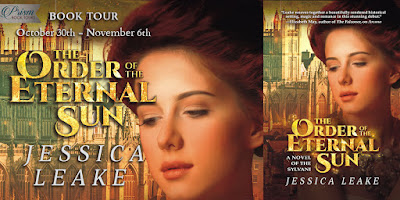 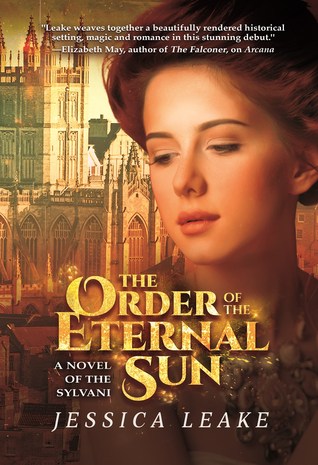 The Order of the Eternal Sun
(A Novel of the Sylvani #2)
by Jessica Leake
Adult Historical Fantasy
Hardcover & ebook, 308 pages
August 23rd 2016 by Talos

Lucy Sinclair’s debut will be a parade of everything opulent Edwardian London society has to offer. Most importantly, it will be nothing like her older sister’s dangerous experience—especially if her overprotective brother-in-law, Lord Thornewood, has his way. As if screening her dance partners isn’t enough, Thornewood insists that his brother, James, train Lucy in self-defense. She wouldn’t mind so much if her treacherous mind didn’t continue to replay the kiss they once shared.

But awkward defense lessons are the least of her problems. Her arcana, a magical talent that allows her to mentally enter any scene that she draws, grows stronger by the day. Again and again Lucy is compelled to draw a portal to her mother’s realm of Sylvania—and with each stroke of her pen, she risks attracting the attention of the Order of the Eternal Sun, the sinister brotherhood that steals the power of Sylvani blood for their own dark ends.

When a bold new suitor arrives from India, Lucy can’t help but be intrigued—though her family questions his mysterious past. But as Lucy’s own suspicions grow, and the threat of the Order looms larger, Lucy will have to learn to harness her unpredictable power or risk falling under the Order’s shadow forever.

Surprising Technological Advances in 1908
So if you’re like me, when you picture the Edwardian Era, the most advanced thing you can think of was the Titanic, and while the Titanic was an amazing accomplishment (you know…until it crashed and sunk), there were many more technological advances people in 1908 were enjoying:

In 1900, the first camera, the Kodak Brownie Camera went on sale for only a dollar. It made the concept of the snapshot possible: quick, cheap pictures anyone could take.

The first gas-powered Mercedes in 1901with a whopping 35 horsepower (that really was a lot then!)

The concept of the tank in 1903—as in, a big military tank that runs over everything in its path. H.G. Wells came up with the concept of a modern day tank in his short story The Land Ironclads, published in 1903. Talk about authors being prescient.

The first powered, sustained, and controlled airplane flight occurred in 1903 by the now well-known Orville brothers from Kitty Hawk, NC.

Einstein’s Theory of Relativity in 1905—proof the Edwardians were well-dressed and super smart.

In 1908, Ford introduced his first Model T to the public.

So by 1908, there were planes, trains, and automobiles! Electricity was wide spread in households that could afford it, and messages were being sent across the ocean via the telegraph. With so many advances in technology happening so rapidly, I doubt the Edwardians would even be surprised by computers and smart phones were we to travel back in time. 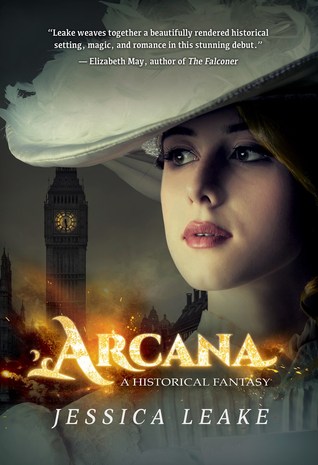 Amid the sumptuous backdrop of the London season in 1905, headstrong Katherine Sinclair must join the ranks of debutantes vying for suitors. Unfortunately for Katherine, she cannot imagine anything more loathsome—or dangerous. To help ease her entrance into society, Katherine’s family has elicited the assistance of the Earl of Thornewood, a friend and London’s most eligible bachelor, to be her constant companion at the endless fetes and balls. But upon her arrival in London, Katherine realizes there will be more to this season than just white gowns and husband hunting.

Through her late mother’s enchanted diary, Katherine receives warning to keep hidden her otherworldly ability to perform arcana, a magic fueled by the power of the sun. Any misstep could mean ruin—and not just for her family name. The Order of the Eternal Sun is everywhere—hunting for those like her, able to feed on arcana with only a touch of the hand.

But society intrigue can be just as perilous as the Order. The machinations of the fashionable elite are a constant threat, and those who covet Katherine’s arcana, seeking the power of her birthright, could be hiding behind the facade of every suitor—even the darkly handsome Earl of Thornewood.

With so much danger and suspicion, can she give her heart to the one who captivates her, or is he just another after her power? 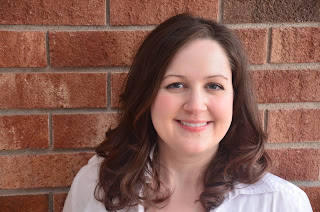 Jessica Leake has been in love with historical England ever since her first literary crush: Mr. Darcy. After embarking on a quest to bring her own intriguing and headstrong characters to life, she decided to quit her day job as a clinical therapist and spend her time weaving arcana with words. She lives in Greenville, SC with her brilliant husband, four painfully cute children, and two mischievous dogs.