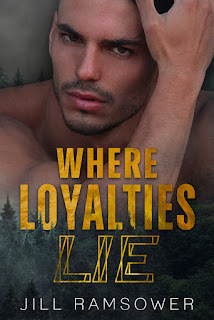 Tamir
My neighbors and students know me as a Krav Maga instructor.
They see what I allow them to see.
Reality is far less attractive.
I still do the job that I love.
Only now, I work for myself instead of the government.
For those wealthy enough to hire me, my resume reads:
Israeli expatriate. Former special forces. Professional assassin.
Emily
There is absolutely nothing remarkable about me.
At least, that’s what my friends would say.
What they don’t know is an ugly secret forced me to abandon my past.
I left my family and everything I knew.
Hid myself away where no one would find me.
I thought I was safe. Untraceable.
I was wrong.
Now, there’s only one thing I can do if I want to stay alive.
Run. 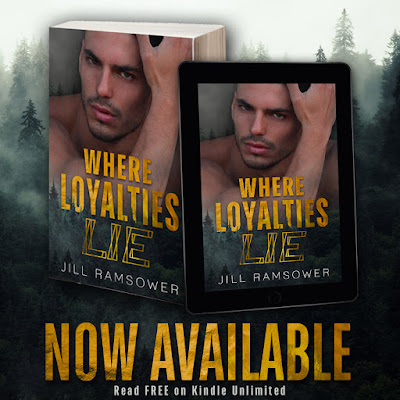 Within a year of self-publishing her first book, Jill Ramsower quit her job as an attorney and dedicated her days to churning out romantic adventures. She likes to think of her books as contemporary romance with a touch of fantasy-at its core, her writing is about the connection between two people.

“If you get back in the driver’s seat, you’re going to pass out behind the wheel and drive us off a bridge.” He backed me toward the car, one imposing step at a time. “You didn’t get much more sleep than I did last night.” I was being difficult, mostly because I was so tired. My back pressed against the driver’s side door, and Tamir towered over me. His body pressed against mine, our faces inches apart, and his hands caging me in on either side. “You can accept my promise that I will not turn this car around, or you can watch helplessly as I throw you in the back seat, but I am not letting you kill us both by driving right now. So, what’s it going to be?” His voice purred across my skin, igniting my body in a lusty heat and making my lips swell with the need to press against his. Suddenly, I felt much more awake. I wasn’t crazy about either of my options, but I had been struggling earlier, and I didn’t want to chance running off the road. Accidentally killing myself would put a real kink in my plan to stay alive. I’d have to put some small degree of trust in Tamir and hope that he was telling me the truth. Even if he did reroute our course, it was better than being in a car accident. “Fine, you drive,” I muttered. After conceding victory, I expected Tamir to step back and release me. He didn’t. At least, not at first. Scalding coffee-colored eyes dropped to where I could feel my pulse thudding at the base of my neck, then he lowered his face to the side of mine until his lips ghosted across the skin behind my ear. I immediately turned my face away—to escape him or to allow him access, I wasn’t sure. He took in a deep breath, inhaling my very essence with a lungful of air, then released it on a shaky exhale of practiced restraint. Wariness battled with longing. Frustration collided with curiosity, each of us lost in our own silent, internal war until restraint won out. Mine had been an epic struggle to simply keep from arching against him while molten need pooled deep in my belly. The source of his struggle was a mystery to me, but its presence was evident in the cataclysmic heat of his stare. Then, it was over. He lifted himself off me and stepped back. I could feel his penetrating stare devouring me, but I was too overwhelmed to meet his eyes. I stumbled around to the passenger side and slipped inside. It took a solid ten minutes for my heart to stop throwing a rave in my chest. 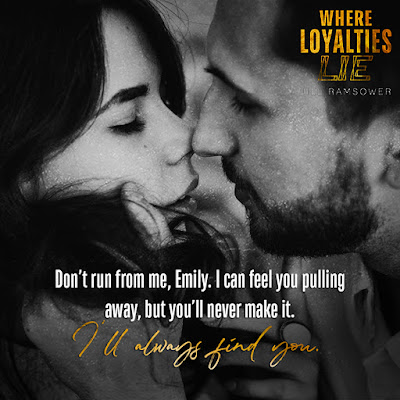 Within a year of self-publishing her first book, Jill Ramsower quit her job as an attorney and dedicated her days to churning out romantic adventures. She likes to think of her books as contemporary romance with a touch of fantasy—at its core, her writing is about the connection between two people. Sometimes that connection involves a little magic…With Jill’s books, you can count on confident heroines, plenty of steamy tension, and deliciously assertive leading men. There are no guarantees in life, but with her books, you know everything will work out in the end. However, a perfect ending would not be nearly as satisfying without a seemingly insurmountable challenge. Jill loves to add plenty of adversity in her stories, creating unforgettably dynamic characters and sneaky plot twists you will never see coming.Jill is a Texan, born and raised. She manages the hectic social calendars for her three active children and occasionally spends an evening with her dashing husband. Aside from being an author and a mom, she's a travel junkie and loves to read when she is not lost in her own stories. 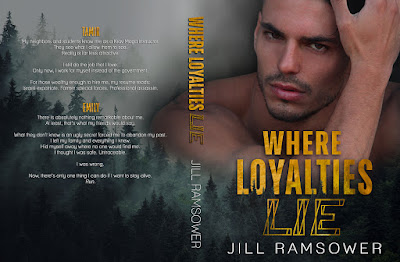 Posted by Nicole's Book Musings at 9:13 AM