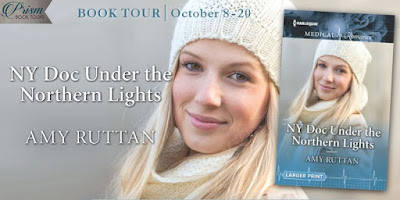 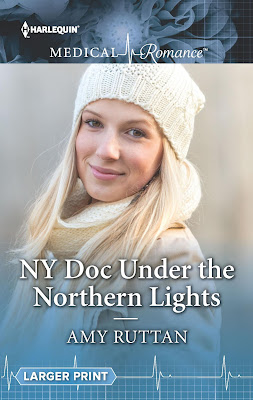 For love under Icelandic skies

When surgeon Betty Jacinth’s heart is broken once again, she takes a job in Iceland for a change of scenery. She expects cold weather—but not the frosty welcome she receives from gorgeous but brooding Dr. Axel Sturlusson! Now father to his orphaned niece, Axel gradually thaws, and a flame ignites—but when Betty’s ex begs her to return, can she make the right choice for love? 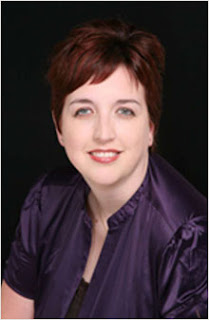 Born and raised just outside of Toronto, Ontario, Amy fled the big city to settle down with the country boy of her dreams. After the birth of her second child, Amy was lucky enough to realize her life long dream of becoming a romance author. When she's not furiously typing away at her computer, she's a mom to three wonderful children who use her as a personal taxi and chef.

The Icelandic Christmas tradition of Jolabokaflod is known as the Christmas Book Flood. This is one of the reasons I want to go to Iceland, because they love books as much as I do. I think the idea of exchanging books and spending the rest of the night curled up with that book and a cup of chocolate appeals to the introvert in me.

The Christmas Book Flood was born out of World War II when importing was expensive and harsh.

However, Iceland publishes more books per capita than any other country.

I’ve been lucky that a few of my books have been sent to Iceland and I would love to think that someone spent Christmas Eve snuggled up reading one of my romances.

So, I thought I would share my top five favourite repeats that I love to read and would probably be quite happy snuggling up and reading with a cup of chocolate and a big thick blanket in front of a roaring fire.

1. Lost in the Barrens by Farley Mowat.
Why? Okay I get this question a lot from my friends. I’ve always been obsessed with the north, for as long as I can remember. Probably because I live in one of the most southern points in Canada or maybe because my Dad is from the northwestern Ontario and talked about his childhood with fondness. I don’t know, but I discovered Lost in the Barrens and I was hooked by this tale of survival in one of the most harsh climates. I’ve been to the arctic, but one day I would like to visit northern Manitoba and canoe the mighty Kazan to see where Jamie and Awasin survived…maybe find a Viking grave or two.

2. By the Shores of Silver Lake by Laura Ingalls Wilder.
Why? I guess this is the whole exploration theme thing from Lost in the Barrens. Laura and her family head to De Smet, South Dakota and found a new town on a vast prairie that’s open and wild. There are wolves and isolation…okay this book totally feeds into me need to be a hermit. LOL. I have been to De Smet, South Dakota and stood by Silver Lake, which is nothing more than a marsh now, but still the whole experience was cool. I stood on their homestead claim and found the violet patch where baby Rose was “lost” in. I stood where Laura stood watching and waiting for Almanzo Wilder to come in his buggy from town and stood under the trees that Pa planted. A totally amazing, emotional moment. This book helped me escape a world where I was bullied.

3. Thornyhold by Mary Stewart.
Why? This is the first book I read by Mary Stewart and the Aunt Geillis reminded me of my own Aunt Marguerite. Except that my Aunt Marguerite wasn’t a witch. I just like the idea of this very independent heroine forging a life for herself in this house in the woods near Stonehenge in England, post World War II. There’s a bit of romance and some mystery. I was hooked by the whole book and it’s a definite cozy book.

4. Men in Kilts by Katie McAlister.
Why? I read this book when I thought my newborn son was dying. This book comforted me. It made me laugh when I really didn’t feel like laughing. It was fun, it was easy and lightened a frightening burden from me. I read it all the time still, even 12 years later with a very healthy son littering my house with Lego.

5. Gentle Rogue by Johanna Lindsay.
Why? I stumbled on the Mallory series by accident. I bought this third book in the Mallory series because it had Fabio on the cover, but then I was hooked in. The series of these brothers just hooked me so hard. I reread the whole series over and over again. I just love the big, crazy, family and GENTLE ROGUE holds a special place in my heart because it’s the first time I read the Mallorys. 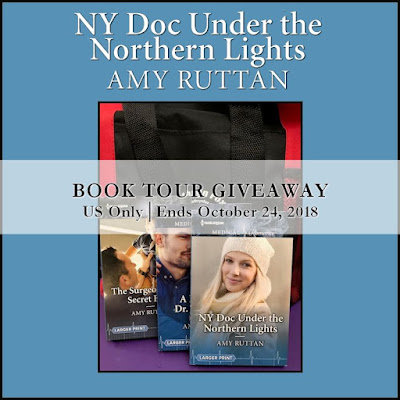 1 winner will receive a swag bag from Romancing the Capital 2018. It’s full of awesome swag from the event plus 3 of Amy's books: NY Doc Under the Northern Lights, A Date with Dr Moustakas, and The Surgeon King’s Secret Baby
Open to US only
Ends October 24th