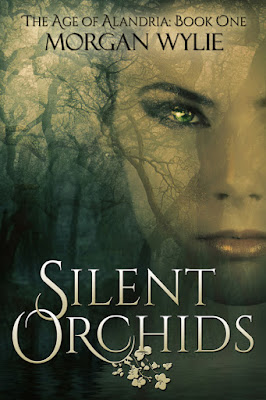 A dying realm.
The ancient evil of the Droch-Shúil has been unleashed.
The Orchids have been silenced… but for how long?

Daegan, elite of the Ferrishyn warrior tribe of Faeries, is charged with a mission to find the Sol-lumieth, a mysterious new power that could change the fate of all in the realm of Alandria. But he is conflicted by his purpose, and he cannot trust the motives of those he serves. He has too many questions and they must be answered.

Kaeleigh, a girl abandoned as a small child just outside Missoula, Montana, is now 18. She is trying to discover who she is and where she belongs. In her heart, she feels she has family out there… somewhere. Desperate to unravel the mysteries of her past, she embarks on a journey that will forever change her along with her two best friends, Finn and Chel—who have secrets of their own.

Hello! Thank you so much for having me today!! I wanted to share some things that you may find interesting about my main character Kaeleigh from The Age of Alandria series.

*Ahem, throat clearing*
Chel: Excuse me, Morgan, but I think if anyone is going to talk about Kaeleigh it should be me! ;) *Chel bounces behind me.
Me: Well, hi Chel, I didn’t know you would be here, but I should’ve known better. Where’s Finn?

*Finn Slinks over from where he was skulking in the corner with a cheesy grin*
Finn: I know, that’s why Chel and I will take it from here.
Me: Okay, well, everyone let me introduce you to Kaeleigh’s two best friends… Finn and Chel.
Chel: I’m so excited! Thank you for having us here today.
Finn: Um, Chel… they didn’t. We hijacked this post.
Chel: Technicalities Finn *waves hand flippantly* Plus who knows Kaeleigh better than her BEST friend?
Finn: (s)
Chel: Huh?
Finn: friends. You said friend. I added the ‘s’.
Chel: Hmm. Well, you better hope that Morgan doesn’t do something drastic to you in book 2.
Finn: *glares*
Chel: Just sayin’. Ok let’s get this show on the road! I’ll go first…
Finn: Of course you will *mumbles under his breath*
Chel: *glares back* those were my dagger eyes
Finn: Oh is that what that was? I thought maybe you just had something in both your eyes
Me: Ok you two, this is suppose to be about Kaeleigh. These people have things to do, get on with it!
Chel: First off, you should know that Kaeleigh is the best friend a girl *ahem* or guy (eye roll to Finn) could have. She is loyal and caring, she always thinks of us before herself.
Finn: I’m not sure that isn’t something they couldn’t figure out.
Chel: Fine. You go.
Finn: *sighs* I don’t like this. I don’t think she would appreciate us talking about her.
Chel: Oh! I got one… Kaeleigh is a restless sleeper. She kicks!
Finn: *smirks* And she talks in her sleep.
Chel: See this is fun.
Finn: *frowns*
Chel: Hey I’m doing all the work here. Your turn.
Finn: Kaeleigh calls me if she hasn’t heard from me after a couple days, just to make sure I’m not lying dead, alone, on the floor in my apartment.
Chel: Oookay… that was morbid, Finn. Back to me. Remember last winter when I found an injured stray cat? I tried to take care of it, but it got real bad. Kaeleigh helped me take it to the vet. *pause and looks down, hands wringing* That’s why she got fired from that secretary job.
Finn: *growls* Chel, you know she’s allergic to cats. You should have called me.
Chel: I know, but you would have just told me not to bother. Did you even hear me though, I’m the reason she lost her job.
Finn: *shrugs* It obviously didn’t bother her that much—she got another one. It’s just a job to her. You are her family and that means something.
Chel: *takes deep breath* You’re right Finn, thanks. You know, you’re all right when you want to be. I think Kaeleigh is the only person who can make you smile, but you know that, don’t you?
Finn *stands up non-chalantly* Hey Morgan, I think we are finished here, if you need to say anything.
Me: Thanks Finn for remembering that I was even here. Chel, anything else you want to add?
Chel: No, I’m good. Thank you for letting us hijack your post. It was fun! *pokes Finn*

Ok, well, I hope you were able to learn a little something about my main character and maybe even a little about the dynamic of her posse. Thank you for indulging my characters today! 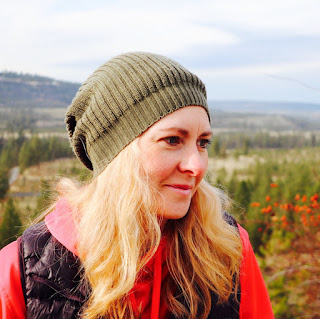 Morgan Wylie is an award-winning author with several genres published from YA fantasy to adult paranormal romance and other things in between. Morgan published her first novel, Silent Orchids, one year after moving across the country with her family on a journey of new discovery. After an amazing three years in Nashville, TN and the release of two more books, Morgan and her family found their way back to the Northwest where they now reside. Still working everyday with great optimism, Morgan continues to embrace all things: “Mama”, wife, teacher, and mediator to the many voices and muses constantly chattering in her head… where it gets pretty loud!

Email ThisBlogThis!Share to TwitterShare to FacebookShare to Pinterest
Labels: ya fantasy