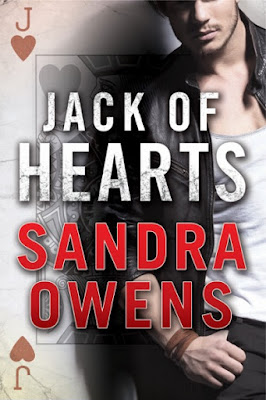 Alex Gentry doesn’t scare easily. Working as an undercover FBI agent in the biker bar he and his brothers co-own, he hangs with deadly criminals in order to gather information. Danger is just part of the family business. But one thing has him terrified: his attraction to Madison Parker.

Madison is the cousin of Ramon Alonzo, son and second in command to a notorious drug lord Alex is trying to bust. Alex has befriended Ramon as part of his cover, and Madison has unknowingly become his informant. Falling for her could risk this case—and both their lives.

All Madison wants is to get her new bookstore business off the ground, and for her creepy cousin Ramon—to whom she’s unfortunately indebted—to leave her alone. If she could only stop fantasizing about his mysterious new friend, Alex…

As the Alonzo cartel investigation heats up, so does their relationship. But will the secrets they’re keeping tear them apart—or get them both killed?

Alex tapped a prearranged code on the glass, and the window immediately slid up. After stepping inside, he closed the window, locking it. It was undeniably odd to be sneaking into a woman’s room for reasons other than joining her in her bed.

They’d tried to think of a neutral place to meet, but Ramon had spies all over South Miami. Madison Parker, cousin to Ramon Alonzo, was running scared, and ever since stepping between her and Ramon when the jackass had tried to kiss her, Alex had accidentally fallen into the role of champion. Since that worked to his advantage, he’d encouraged her to contact him if Ramon ever messed with her again.

Why he was keeping her a secret from his brothers was a question he refused to examine too closely. She was a prime source for information on the Alonzo family. There was no one in the world he trusted more than Nate and Court, but he was feeling weirdly possessive where Madison was concerned. A damn red flag there. He didn’t do possessive.

The reason he’d lied to his brothers sat crossed-legged on the end of her bed, leaving the only chair in the room for him. The bedside lamp was dimmed, and in the low artificial light her fiery red hair reminded him of the flames of a campfire, changing colors whenever she moved. Her eyes almost appeared black, but in the daylight they were a captivating green. Cat eyes, he’d thought the first time they met.

He’d first laid eyes on Madison Parker three weeks ago at Ramon’s house while playing a game of pool with the man, doing his best to lose a hundred bucks. Not an easy thing when his opponent kept missing the pocket. Alex had already learned that Ramon didn’t like losing, no matter what the game was.

He quietly sighed when Ramon missed again. Alex bent over the table and lined up his cue. He was going to have to put this one in the pocket, or it would become obvious he was missing on purpose. If Alex could manage to lose to Ramon, the man would be happy and might even brag a little about his drug business.

Just as Alex pulled his arm back to take the shot, a woman walked into the room, and he hit the ball so hard that it flew over the rim of the table and hit the wall. Jesus, she was gorgeous. Red hair curling halfway down her back, green eyes, and a splash of freckles across her nose, she took his breath away. A first for him.

He liked women, maybe a little too much if you listened to his brothers, but never had he wanted to lay claim to one at first sight—until now. Who was she? She glanced from him to the dent in the wall then back at him, and full lips that wore nothing more than clear gloss lifted in a grin.

He straightened, dropped the cue stick, and walked around the table, holding out his hand. “Hi, I’m Alex, and you are?” She put her hand in his, and he had the unsettling thought that he was never going to let it go.

Her gaze fell to their joined hands. “I’m—”

“My cousin,” Ramon said, stepping next to her and putting his arm possessively around her shoulders.

“You don’t look anything alike.” It was a stupid thing to say, but he had the urge to call Ramon a liar. If she was a member of the Alonzo family, she was off-limits, and that was a heartbreaker.

She tugged on her hand, and he reluctantly let go, then she slipped out from under Ramon’s arm. “I’m Madison Parker, and you’re very observant, Alex.”

There was mischief in those cat eyes, but it faded when Ramon wrapped his fingers around her hair and pulled her roughly back to him. She didn’t seem to like her cousin, if they were in fact cousins. Alex wasn’t sure he believed it, but he also hoped she wasn’t Ramon’s girlfriend.

“Ramon’s father and my mom are twins.”

So it was true; they were cousins. He wondered where the red hair and green eyes came from, but he reminded himself that as a family member of the man he was investigating, she was untouchable, no ifs, ands, or buts. Where that gorgeous hair and those beautiful green eyes came from was not his concern.

When she tried to pull her hair out of Ramon’s fist, Ramon’s eyes flashed with annoyance. Alex gritted his teeth and forced himself not to give Ramon a bloody nose.

She slapped at her cousin’s arm. “Ouch. That hurts, Ramon.”

As fast as a striking snake, Ramon backed her up to the wall, pressed his body against hers, and crashed his mouth down on hers. She whimpered as she tried to push him away.

Alex saw red, dark blood red. He grabbed the man’s earlobe and twisted it hard until Ramon let go of her.

“What the hell’s wrong with you?” Ramon said, rubbing his ear after Alex let go.

“She’s your damn cousin, man. The better question is, what’s wrong with you?”

Ramon looked at her and sneered. “Does she look like my cousin? I think my aunt brought the wrong baby home from the hospital.”

“I’m proud to say I got my looks from my dad,” Madison said to Alex. She swiped the back of her hand across her mouth. “The next time you touch me like that, cousin, you’re gonna want to guard your balls, because those are what my knee will aim for.” She walked out of the room with her head held high.

Alex visualized how Ramon would look without teeth. 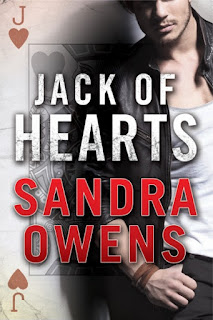 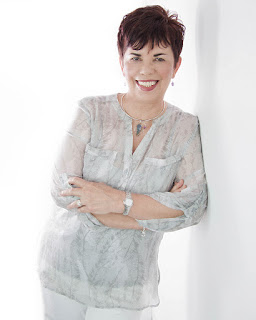 A best selling, award-winning author, Sandra Owens lives in the beautiful Blue Ridge Mountains of North Carolina. Her family and friends often question her sanity, but have ceased being surprised by what she might get up to next. She’s jumped out of a plane, flown in an aerobatic plane while the pilot performed thrilling stunts, has flown Air Combat (two fighter planes dogfighting, pretending to shoot at each other with laser guns), and rode a Harley motorcycle for years. She regrets nothing.