Francesco Di Fiore is a handsome bellboy at a luxury Venetian Hotel. On an average day you can find him in a dashing burgundy uniform with sleek golden streaks. He is popular with guests of both sexes, who spoil him with lavish gifts. He is at ease with his colleagues, many of whom he has also got to know well. He loves his job and rarely leaves his hotel. His hotel is his cocoon that protects him from the elements outside. No wonder he feels no urge to venture out.


One night his life takes an unexpected turn and all because he decides to take time off and taste the world outside. He goes on a date, has a good time and finds himself too drunk to notice that his date has wandered off. When he sobers up, he is walking alone through the dark streets of Venice. He stops to watch passing gondolas, but sees something very different. He watches a man tightening a noose about his neck by a bridge down the canal. Francesco dashes through the labyrinth of narrow streets to get to the man just in time to save him. They fall down in each other arms on the cold stones by the canal. When Francesco opens his eyes, he realises that the turmoil in his life is not going to end here.
The stranger in Francesco’s arms is every bit as attractive as he is vulnerable. Francesco senses trouble. His protected life in a five star paradise is about to come to an end. He brings the stranger to his tiny loft room at the top floor of the hotel. The stranger’s name is Ralf and he is a full time artist and a makeshift poet. Francesco hears a story of a desperate heartbreak and feels unable to show his guest the door. They fall asleep together in his single bed. This is how their turbulent relationship begins.
Ralf settles in Francesco’s room and Francesco provides both the roof over his head and counselling. Soon neither of them can say whether Francesco’s sensitive care is the kindness of a stranger or the affection of a kindred spirit. They begin a passionate affair against the backdrop of the great city. They lose themselves in the web of narrow streets and snaking canals, caught in the whirl of their frenzied emotions. They divide their time between the splendour of Venetian palaces and a farmer’s hut on a rural island in the Venetian lagoon. Will Francesco’s lifestyle and temptations of high life destroy their volatile arrangement, or will Francesco Di Fiore once again rescue his troubled poet and whisk him away to a rustic paradise, where they could belong only to each other?
Isola Di Fiore is everybody’s dream only a few can follow. Have a taste of what it’s like on the other end. This is a novella of 35,000 words in the M/M genre for an adult reader. 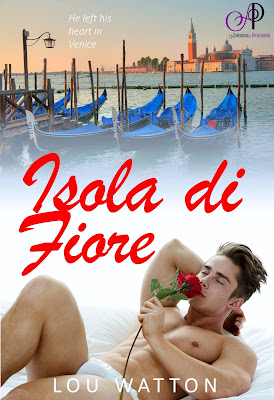 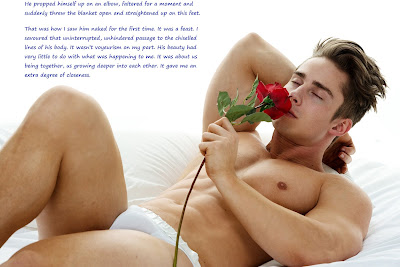 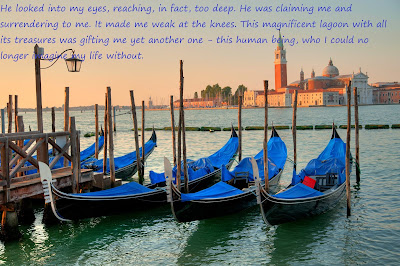 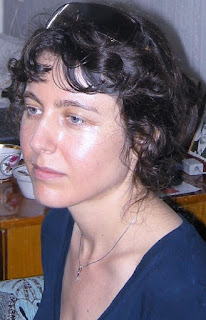 Lou Watton is a lawyer by trade and a writer by passion. She travels every morning in overcrowded trains to the City (of London) dreaming about lagoons far away and passion that makes eternal cities pale into background. She turns it into words and jots it down as the night falls and the kids have gone to bed and hopes that one day her trade will be her passion. 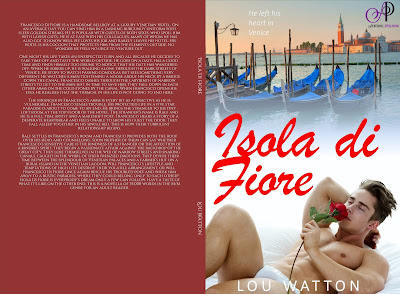 Posted by Nicole's Book Musings at 9:44 AM